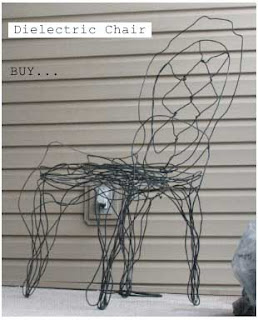 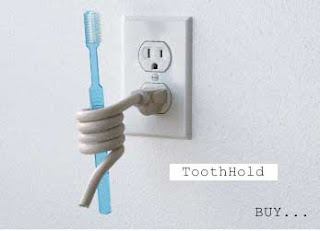 Scott Amron the designer behind the company ‘Dielectric’, has come up with an unusual concept for his designs. He has created a number of insulating objects which plug into an electrical socket. The collection do not conduct electricity but instead encourages the user to reduce the amount of electricity they consume. The objects range from a shelf, a hook, a chair to a handy place to hold your toothbrush. The socket acts as a strong attachment for each object. This experiment comes from Amron himself being an electrical engineer, and creates an amusing use for an existing object. The idea of using a socket as a form of attatching an object could be taken forward as an idea for parasitic objects.
Posted by julia de Klerk at 07:42